ANYTHING IS POSSIBLE AT CAMP PERTH

"The most worth-while thing is to try to put happiness into the lives of others."

Shane Earnshaw, Deputy Chief Commissioner, Strategic Partnerships and Projects for Scouts West Australia Branch led the Manila Ticket to Life fundraising campaign which raised $35,000 AUD and changed the lives of 25 impoverished Scouts from the Philippines by bringing them to Australia for a Scout Camp between 27 December 2014 to 5 January 2015. Read below about his exciting story, which changed the lives of Scouts from both Manila and Western Australia. 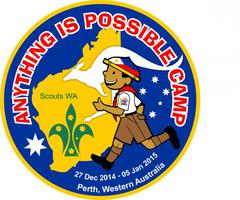 As I waited for the 25 street kids from the Manila Ticket to Life Troop to come through the gates at Perth International airport on 27 December 2014, I remembered the smiles and wonderful activities that we shared on our first trip to Manila to sponsor these Scouts. I remembered the wonderful way that all of us became family and the love of Scouting and life that these kids showed in the face of poverty and homelessness.

That was when I said that 'Anything was possible' and announced that we would even bring them all to Perth! Well six months later, $35,000 fundraising, organising birth certificates, passports, Australian visas, school permissions, air tickets, accommodation and activities, The Ticket to Life Scouts were coming through the gates!

The smiles and hugs were incredible, the excitement of being on their first ever plane or having their first trip out of their city, being served a meal on the pane was all wonderful firsts for them!

The next 10 days included three days homestay, a trip to Rottnest, Perth sightseeing and then the start of our camp.

These young Ticket to LIfe Scouts were joined by 75 Western Australia Scouts and Venturers in our Perth Headquarters for the five day camp which proved life changing for both the Scouts from Manila and Australia.

Activities included a visit to the Perth Zoo, water activities like rafting and boating on the river along with a swim at the beach, a city bus tour and even a meeting with the Governor of Perth followed by a tour through Government house. There were even day trips to the city of Fremantle and numerous other exciting activities.

The entire community of Perth came together to support this amazing project Scouts Western Australia had more media than ever had before, with the West Australian, ABC News and other media outlets running stories through the week.

Sadly it was soon time for the Ticket to Life Scouts to say goodbye, however Scouts Western Australia learnt as much as did the Scouts in Manile through this joint event. Our Scouts learnt how to be happy with what you have, that you should love everyone unconditionally and that Scouting is so much more than what we thought. The Philippine Scouts gained many more family members and a passport that will allow them to obtain jobs and break the poverty cycle for them and their families when they finish school.

It was not goodbye, we are all family and we are looking forward to sponsoring and attending the Annual Ticket to life Manila camp in May and to continue making a difference!